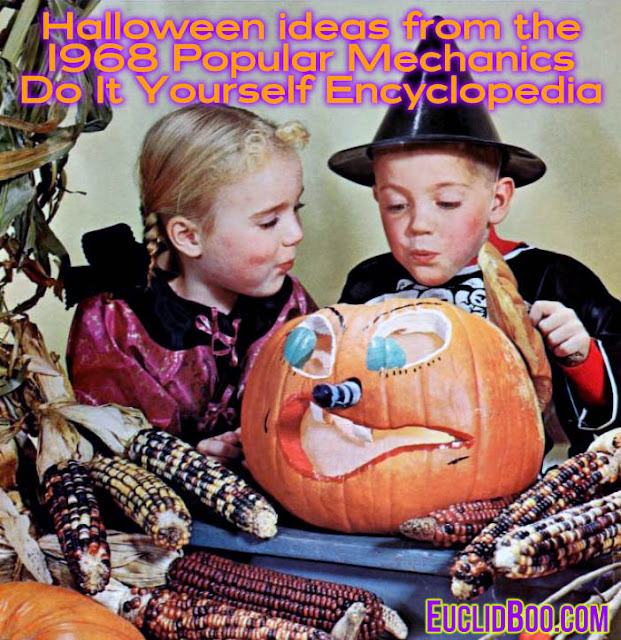 Here's a super cool retro guide to making your own costumes and carving jack o lantern's the Popular Mechanics way. First off, a witch costume with a surprise meowing, grimacing black cat will be sure to get a laugh!

Also shown is a headless horseman with light up jack o lantern. Mister Mars is a rectangular robot with a water pistol that shoots anyone careless enough to press his panic button. There's a cuckoo clock costume where the wearer operates the hands! A walking matchbox and a bat made from underwear and an umbrella wrap up the costumes. Some fun techniques for pumpkin carving and decorating with pumpkins outside the box below. I really love the witch's den pumpkin! 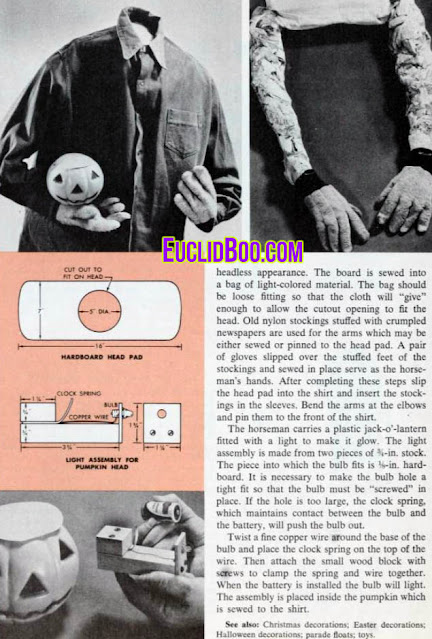 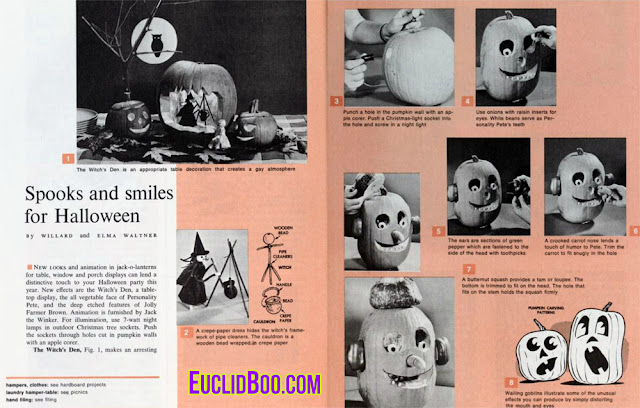 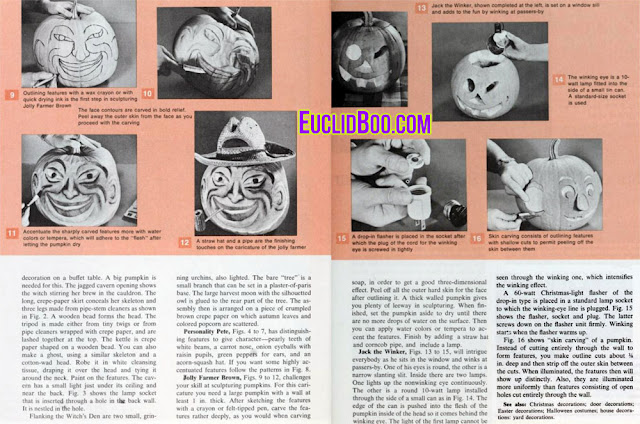 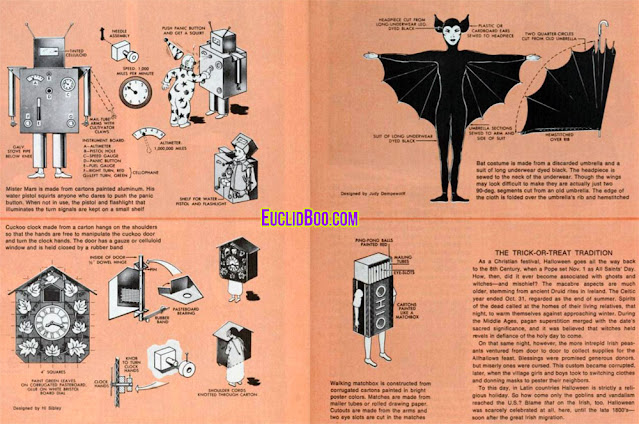 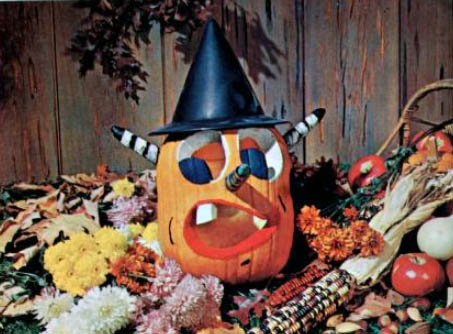