Since we missed halfway to Halloween a couple of days ago, I put together some 1960's Collegeville ads for you boxed costume junkies. 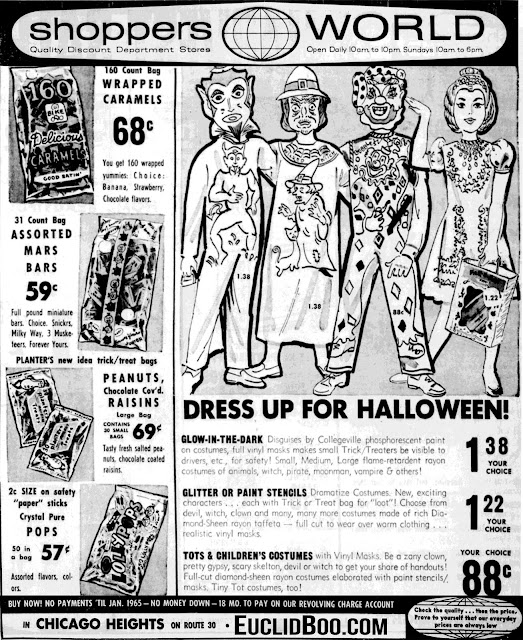 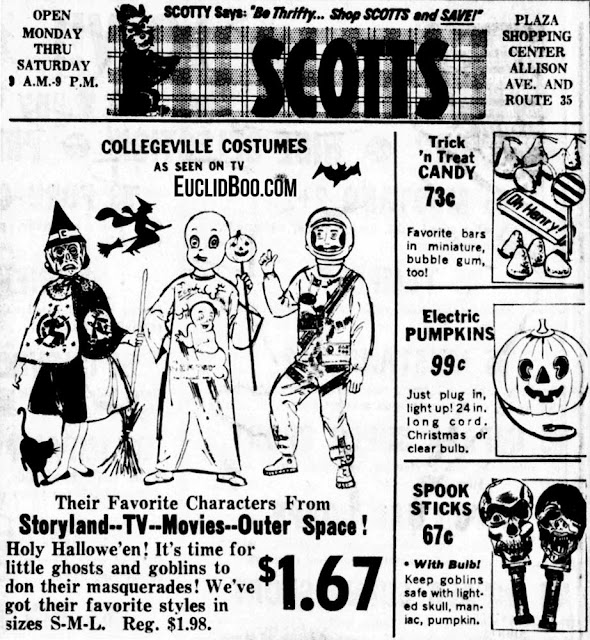 Scott's in Xenia, Ohio advertised candy, electric pumpkins that light up and "spook sticks" safety lights for trick or treaters sold in skull, maniac, or pumpkin. This 1966 ad also shows Collegeville costumes of witches, Casper, a space man and lots of other styles. 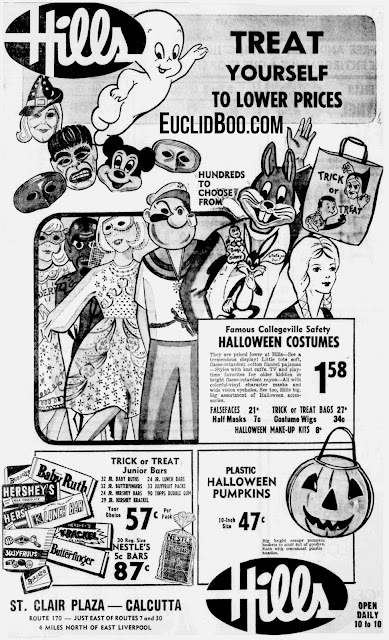 This Hills ad is from Liverpool in 1967 has lots of sweets for sale, plastic Halloween pumpkins for trick or treaters were 47 cents. Lots of Collegeville costumes and masks available such as Mickey Mouse, Popeye, Bugs Bunny, and a devil. 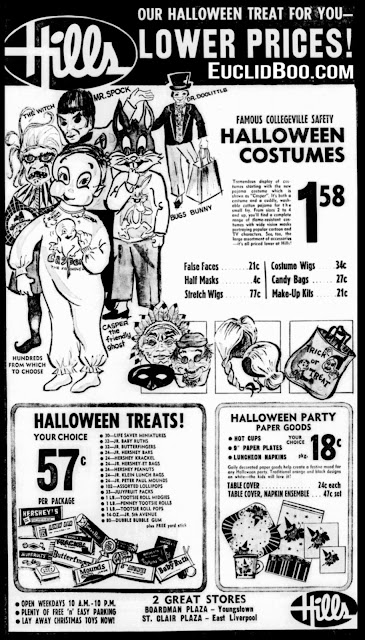 Another Hills store advert - this one from 1968. Lots of candy and Halloween party and paper goods by an unnamed manufacturer. Casper the Friendly Ghost costume is from and center. Also shows Bugs Bunny, The Witch, Mr. Spock, and Dr. Doolittle. 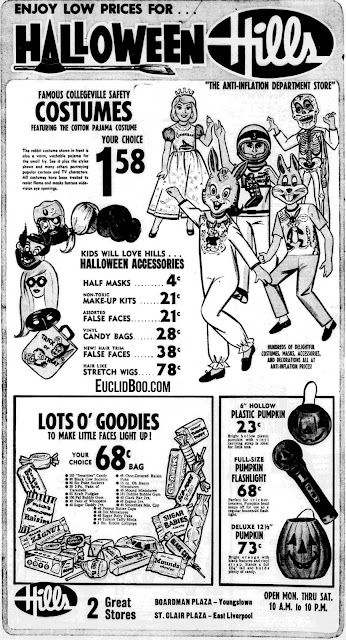 Our last ad brings up to 1969 and is again from Hills department store in Ohio. A small hollow pumpkin is 23 cents, a large plastic pumpkin (looks like a Bayshore!!) is 73 cents, and a full sized pumpkin flashlight is only 68 cents. The Collegeville boxed costumes shown are Bugs Bunny, a girl bunny, Cinderella, a spaceman, and a skeleton.
Newer Post Older Post Home