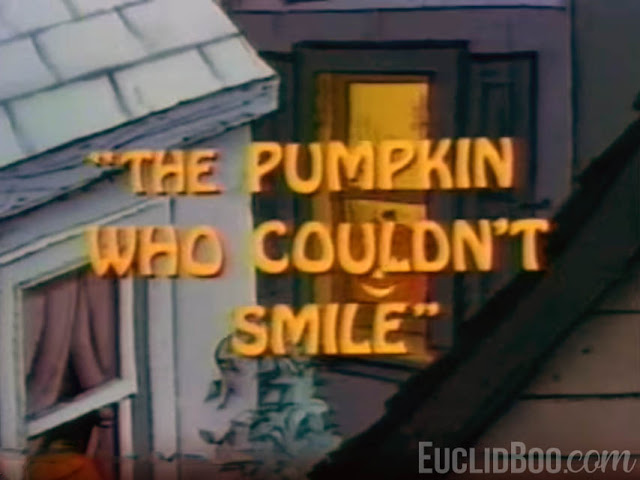 This special first aired Halloween 1979. We open with an incredibly sad and lonely pumpkin. He's the only one left, nobody wanted him, and to my surprise as a youngster, he cries his own seeds. 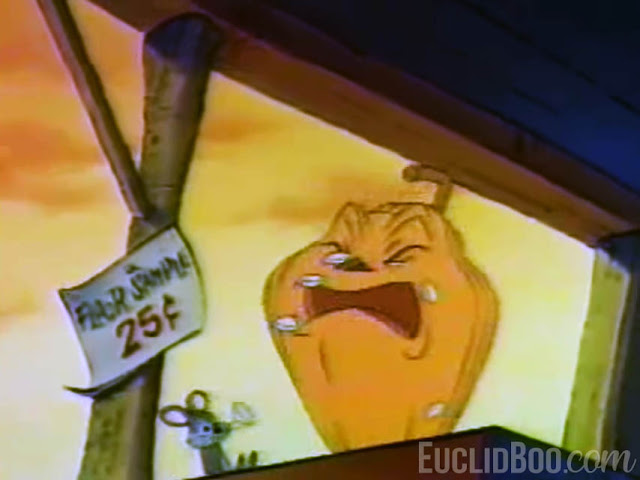 We quickly learn that little Ralph isn't allowed to go trick or treating because his Aunt Agatha has a big stick up her butt about the holidays. 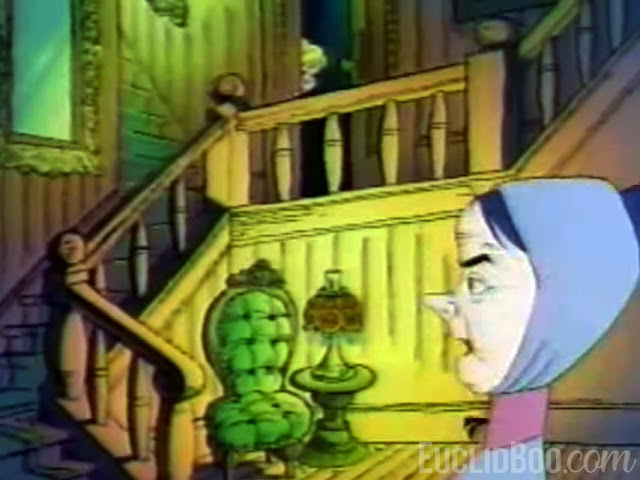 Raggedy Ann and Andy (and dog Raggedy Arthur) can't believe Ralph's luck, or lack thereof. Meanwhile Aunt Agatha is terrifying trick or treaters in reality by threatening to call the police when they knock on the door. She tries to cheer Ralph up by promising to take him to the rock museum tomorrow. 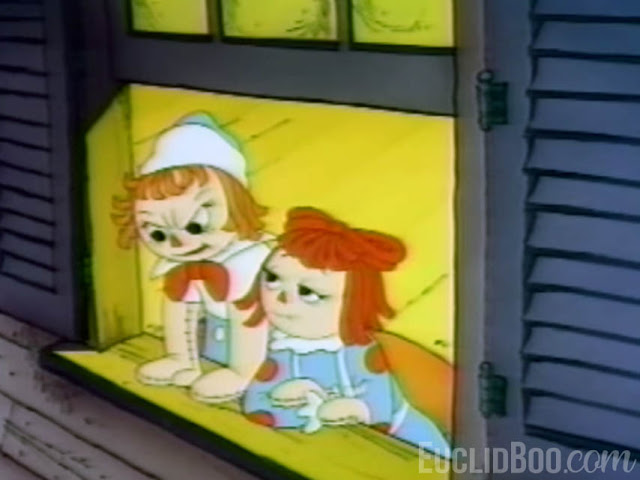 Raggedy Ann thinks Aunt Agatha's stick can be removed if she remembers what being a child was like herself. Regardless, they set out to make Ralph feel better by getting him a nice pumpkin. But where can they possibly scare up a pumpkin on Halloween night? 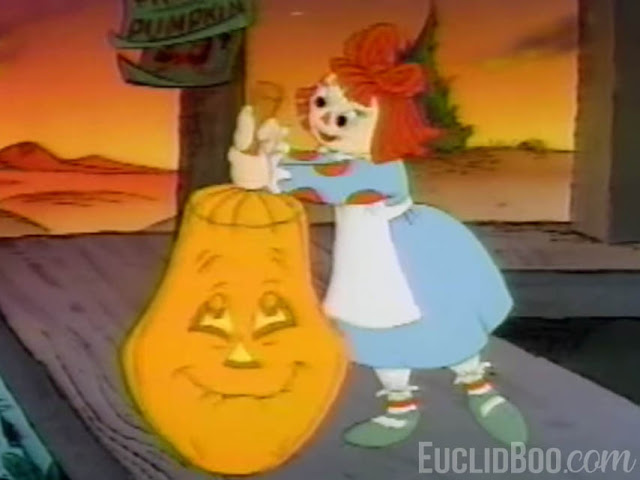 Oh yes, emo pumpkin! Plot furthering ensures the Raggedy's and the sad pumpkin find one another. After quite the adventure through town, they hoist the saddest pumpkin to ever exist up to Ralph's window... and he's simply delighted! 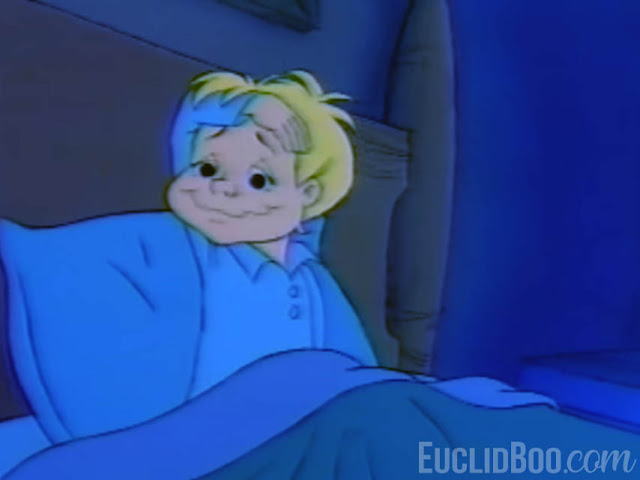 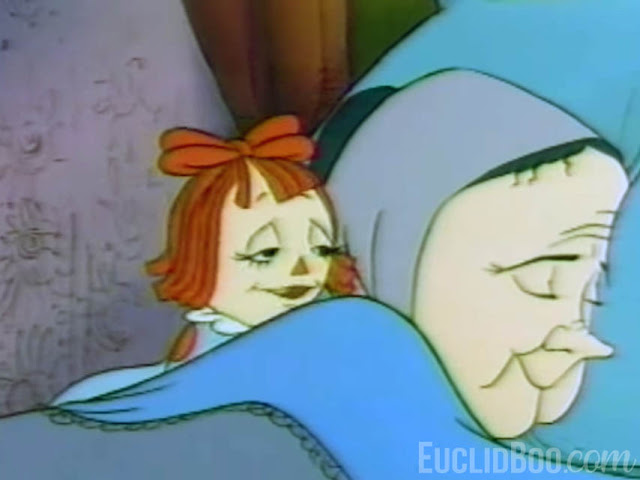 What happens next? Watch The Pumpkin Who Couldn't Smile below!