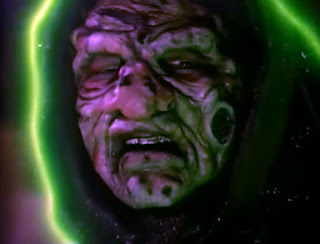 While Mr. Boogedy was originally a pilot (a failed one), it became a favorite Halloween seasonal made for TV movie for so many kids and families. It aired not at all near Halloween, though, on April 20, 1986 as part of "The Disney Sunday Movie". 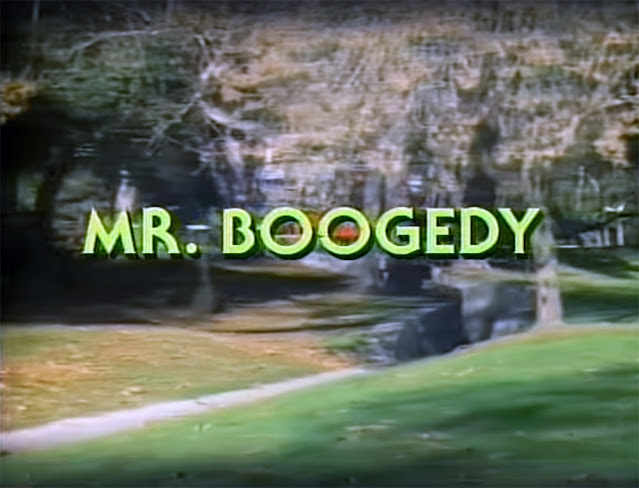 Carlton and Eloise Davis, owners of a novelty/joke store, move to Lucifer Falls, a fictional town in New England along with children Jennifer, Corwin, & Aurie. The family stops for a picnic as apparently it's a long drive and also Carl Davis can't go more than a few hundred miles without fucking around with his gags. When they do finally arrive at their new, enormous house, the night is perfectly dark and stormy. 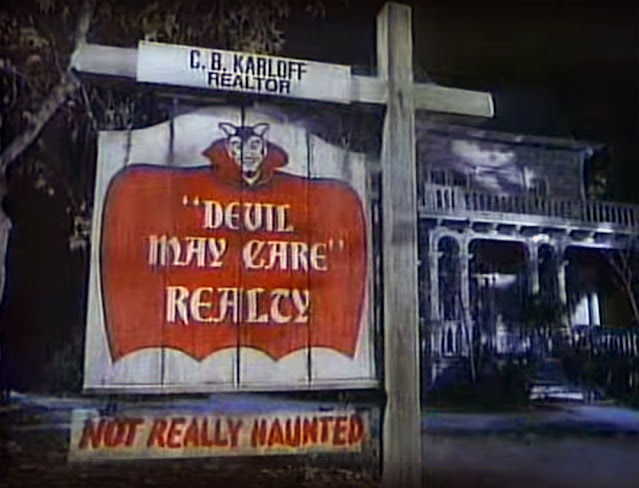 As the family approaches, the "not really haunted" sign falls to the ground. I guess since they bought it the rest of the sign should come down, too.

Creeped out, they all enter the house and are immediately alerted by a shadowy figure. 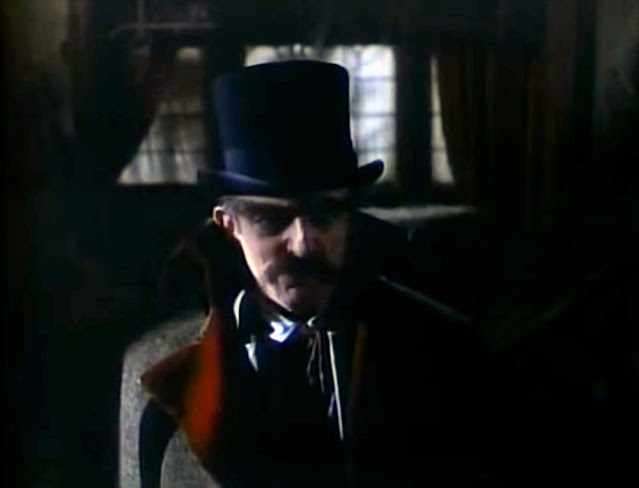 But don't worry! It's just John Astin playing Neil Witherspoon. He's not a welcome wagon but more of a guy who feels warning the family about the bogeyman on a dark, scary night in a dark, terrifying house is a good idea. Set the atmosphere early.

With that Mr. Witherspoon is off. The Davis family go about checking the place out. Jennifer hears a sneeze and a door glows an eerie blue. She opens the door... Nothing. Aurie and Corwin find a rocking horse in the basement that Aurie's teddy bear seems to fit on perfectly. Dad (Carlton) finds the boys, and Aurie finds his teddy bear suddenly missing.

The next night, Jennifer goes and sees her blue door is now glowing green. 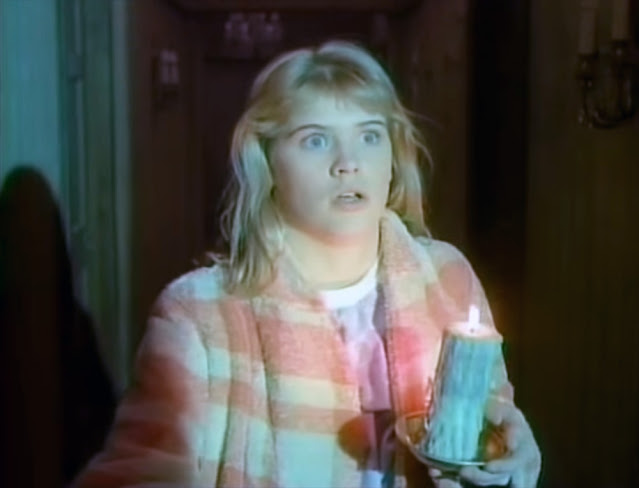 So naturally she opens it. And is frightened into fainting. When her family finds her, she describes Mr. Boogedy and his grilled cheese face. Also, there are neat green slimy footprints on the wall. Most families may be terrified but not Patriarch Carlton Davis. 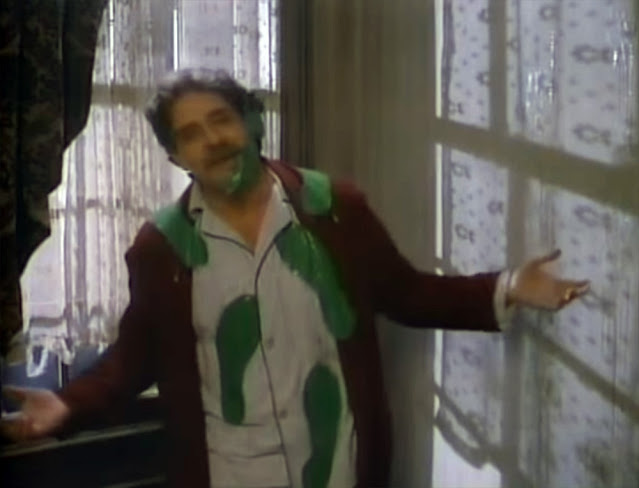 The Boogedy Man walked all over me!

...Because everything is funny. And also he's pretty sure it's Witherspoon who's behind these strange noises, lights, and, um, footprints. 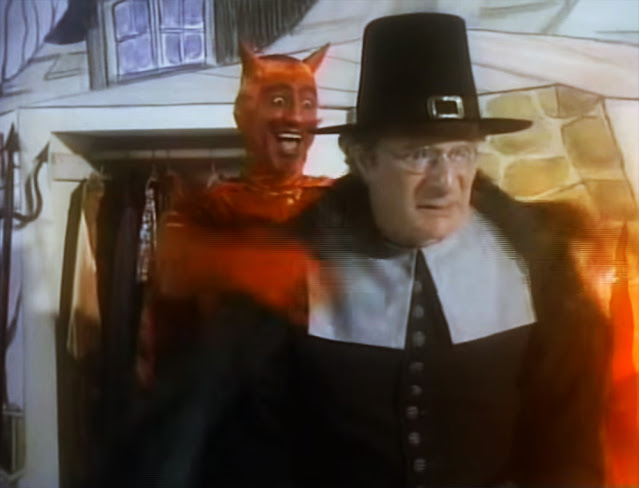 The kids aren't sold and after Corwin and Aurie witness kitchen appliances and fixtures turning on and off and hovering, they and sister Jennifer Davis decide to take a walk down to the historical society and see what Mr. Witherspoon has to say. He shows the children a pop-up book that tells the 300-year-old story of the widow Marion and the pilgrim who desired her, William Hanover. Hanover was a crotchety old man and when the widow didn't reciprocate his feelings, he sold his fucking soul to the DEVIL in exchange for his cloak, granting him magical powers! He kidnapped her son Jonathan. He set out to cast his very first spell and by accident destroys his own house and kills himself, the widow Marion and the boy Jonathan. The destroyed house sat on the very same plot of land where the Davises house currently sits. Boogedy is inside with Jonathan and Marion is trapped outside, all restless spirits still remaining. Jonathan sneezes because the poor tyke has had a cold since the 1600's. 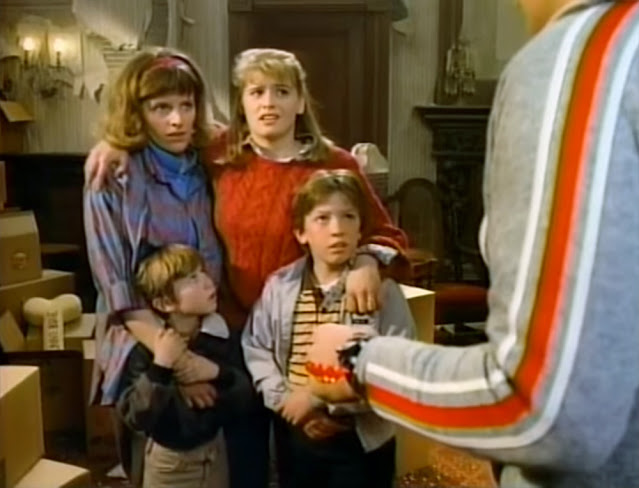 Why leave when we can camp out?

That night the family camps out in the living room - because the kids wanna leave and the parents want to stay. Eloise wanders off in the night to have a snack, runs into Marion outside the kitchen window, and the widow fills Mrs. Davis in on the whole story. She also relays to Eloise that Mr. Boogedy's power comes from his cloak. Eloise awakens the family and they begin to look for Mr. Boogedy, in their PJ's. 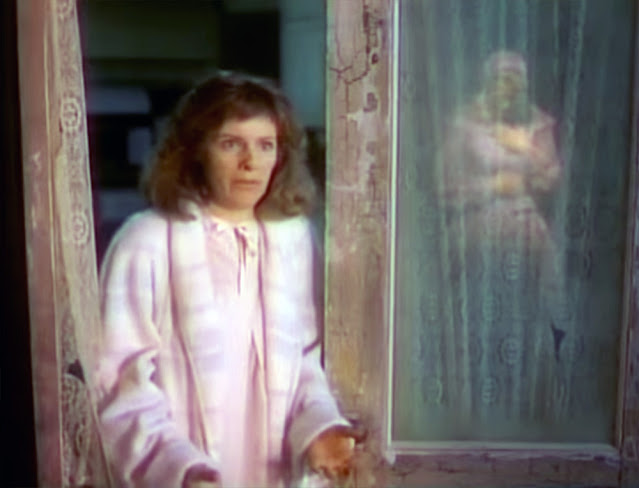 Is someone tap, tap, tapping at my window?

In the basement, Aurie sees his teddy bear, now in the possession of a sniffling Jonathan. He lets the ghost child keep it because he feels bad when he hears of Jonathan's loneliness. This feel good moment is short lived as now they have Mr. Boogedy to contend with. 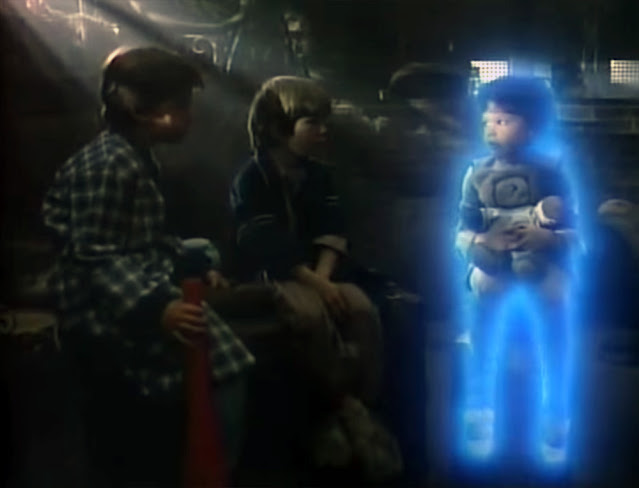 For the first time we see the monster William Hanover has become. 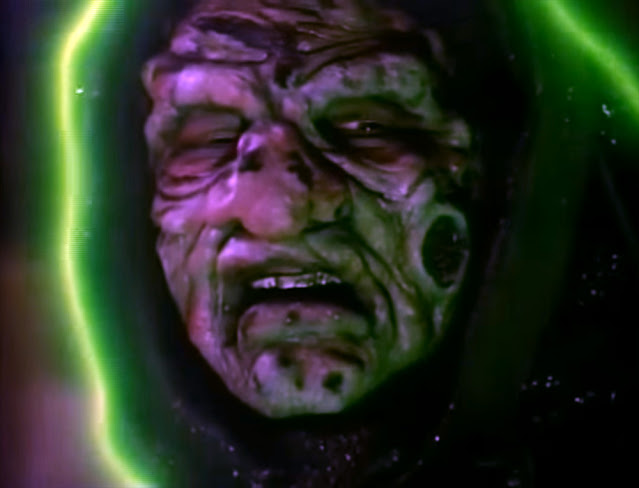 The Davis family try to attack Mr. Boogedy but he continues to use his magic on them, incapacitating them in one way or another. 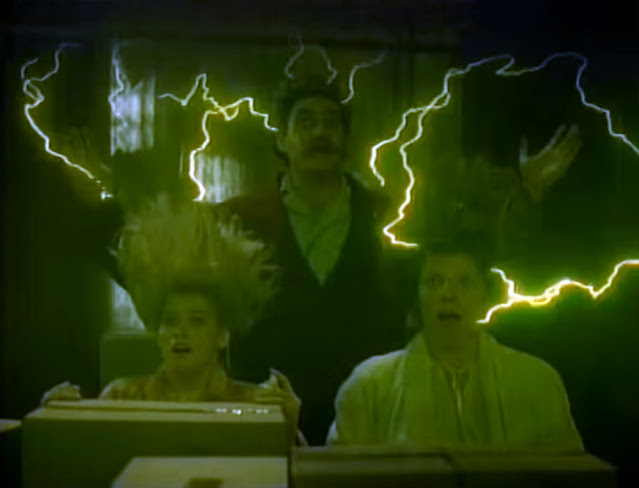 Suddenly with the most unlikeliest of weapons, Aurie shoots ping pong balls at Boogedy with a vacuum cleaner. Boogedy turns the tables on Aurie and takes control of the vacuum cleaner. In his carelessness in chasing Aurie, the hose gets a hold on his mystical cloak and sucks it right off his back. He disappears, along with widow Marion and Jonathan, together again. 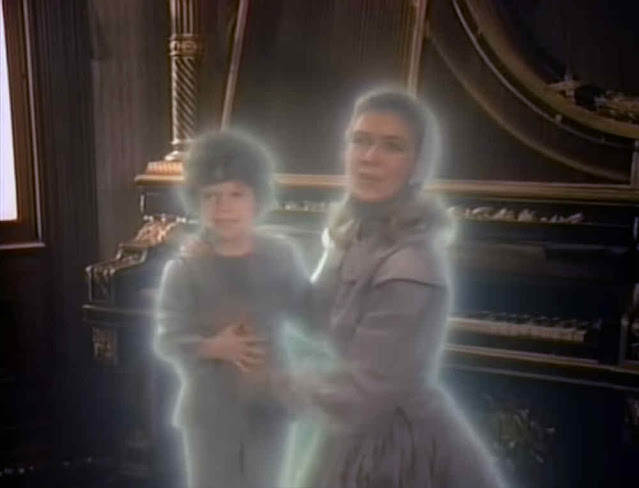 You may think that Boogedy is gone... but well... You should know better than that.
Newer Post Older Post Home