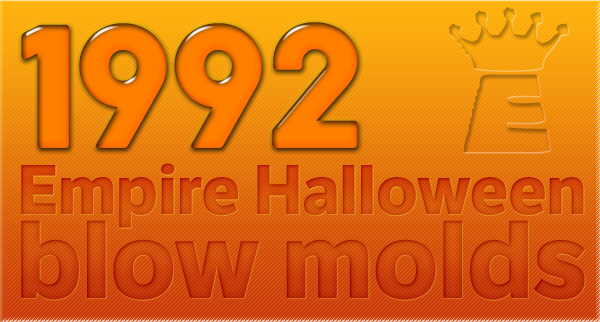 What cool (I mean spooky) plastic decorations did Empire Plastics have to offer up in 1992? Enjoy witches, ghosts, skeletons, tombstones, and more! 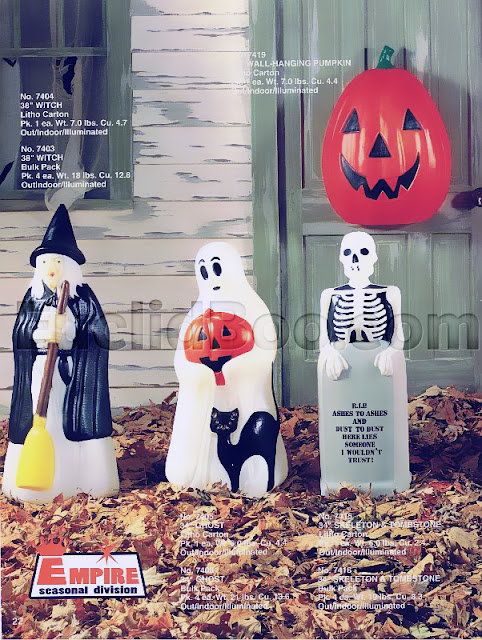 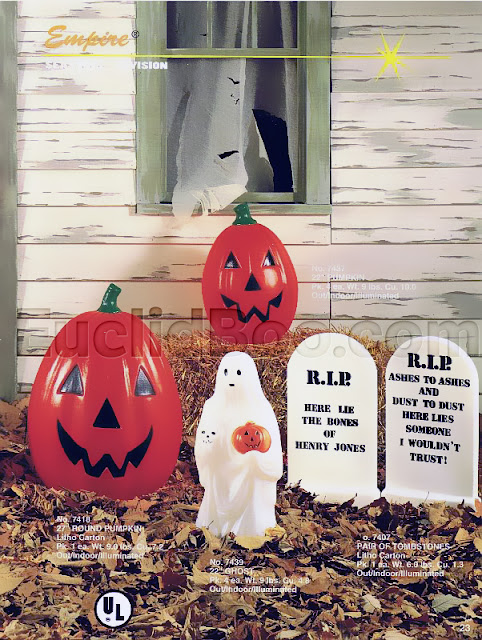 27" round orange pumpkin; 22" ghost in white holding a skull and jack-o-lantern; Pair of tombstones that read "RIP Here Lie the Bones of Henry Jones" and "RIP Ashes to ashes and Dust to Dust Here Lies Someone I Wouldn't Trust!" 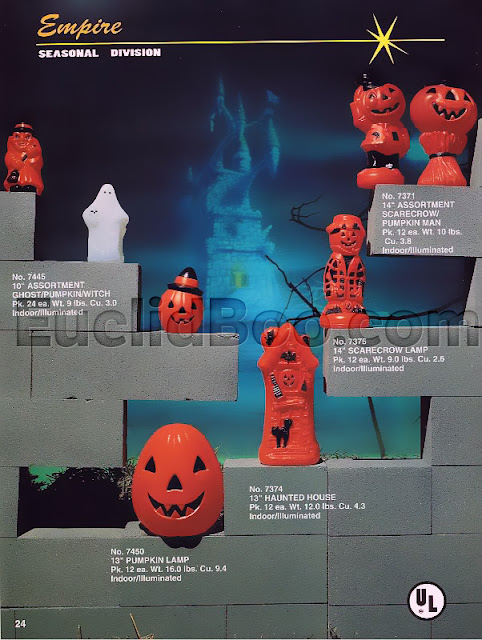 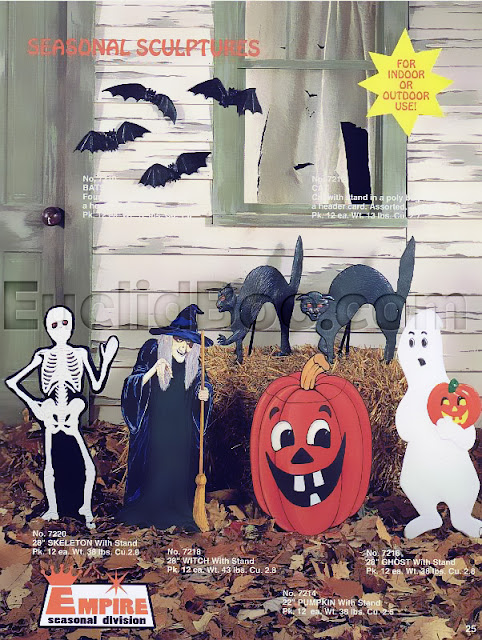 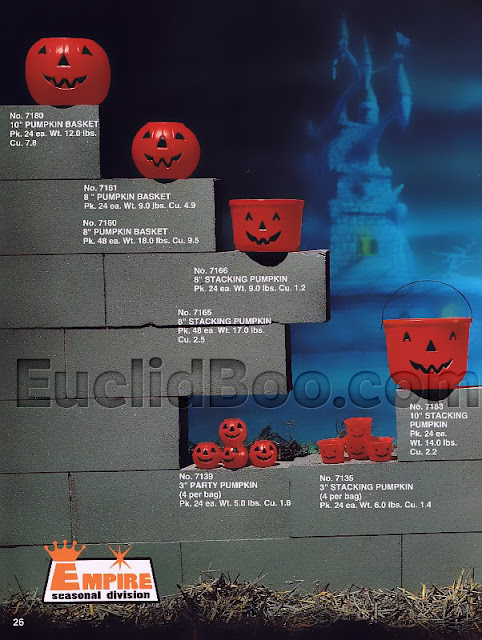 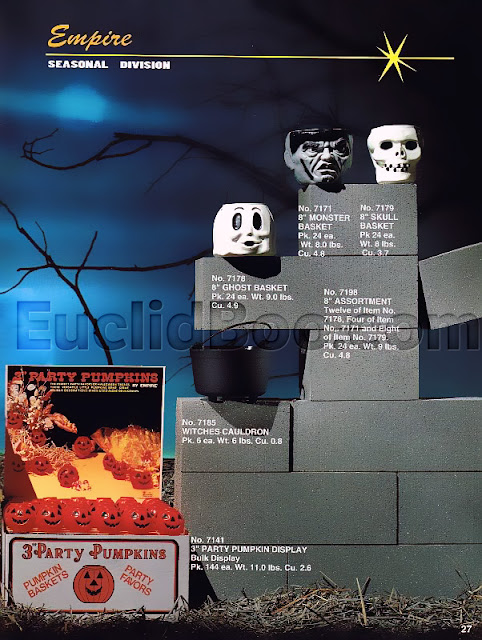