Whoa, Dollar Tree's 2015 Halloween catalog came late this year. About two months late, to be precise. But whatever, here's some of the awesome goodies you can get for a buck this Halloween! 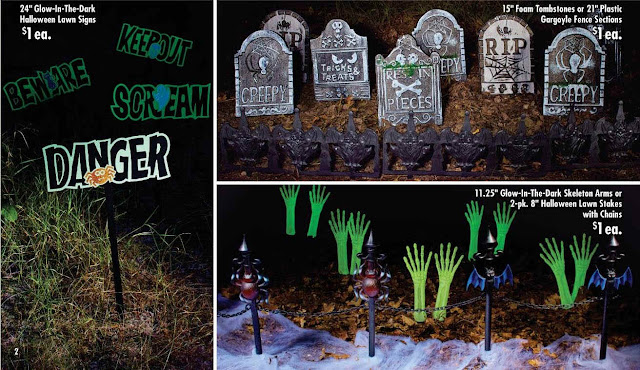 Glow in the dark is right up my alley! The wooden signs will actually hold up for a couple of Halloweens outside. I might have to invest in these glow in the dark arms, too! 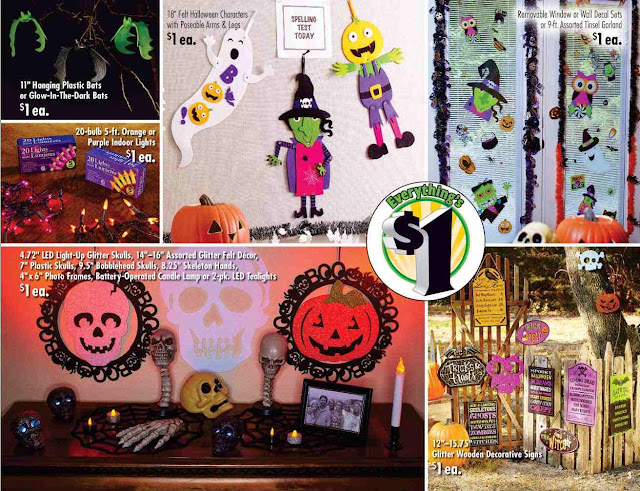 Glow bats are neat. Twinkle lights and the felt decorations are ok. The glitter wood signs are always nice looking and a steal at a buck. 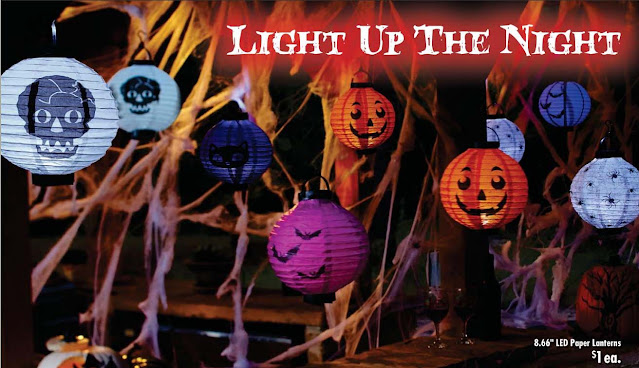 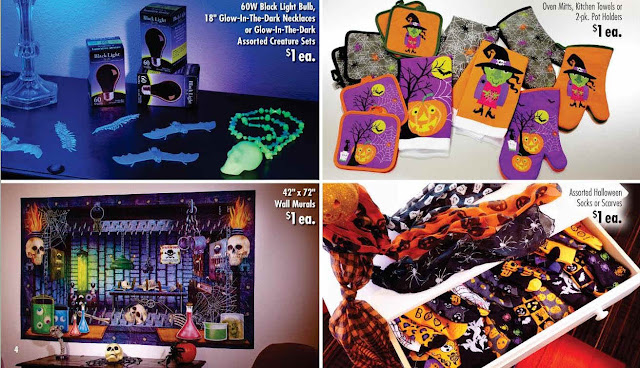 I can vouch for the glow stuff (except the flat, articulated skeletons, which glow for crap) but those incandescent black lights are really just purple light bulbs. The wall mural is neat, same with the scares and pot holder/towel sets! 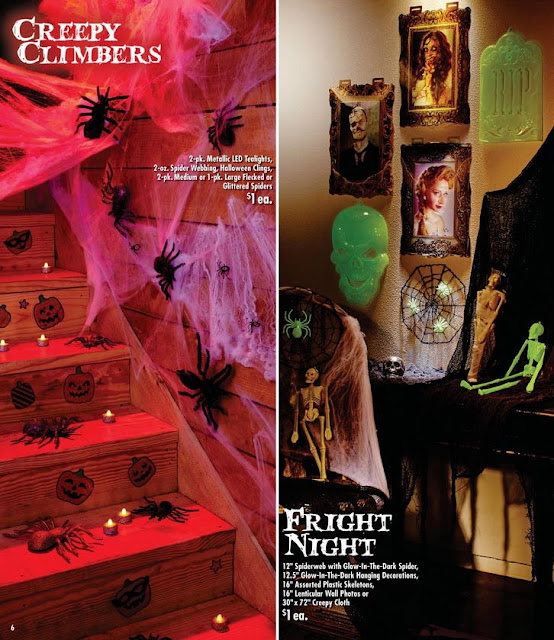 We have those plastic skeletons and tombstones all over our house. Those and the spiders glow well. The lenticular pictures are cool, and they ditched the plastic "frames" and made a product that's much larger. 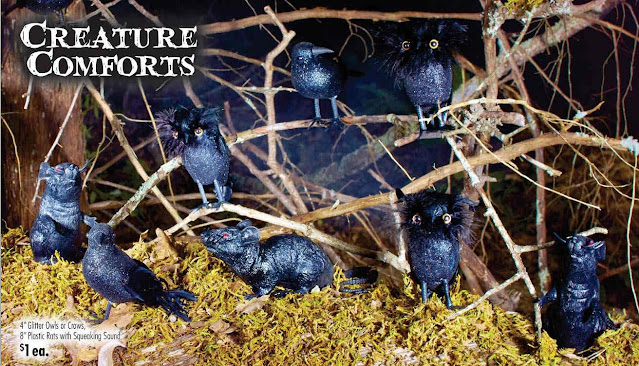 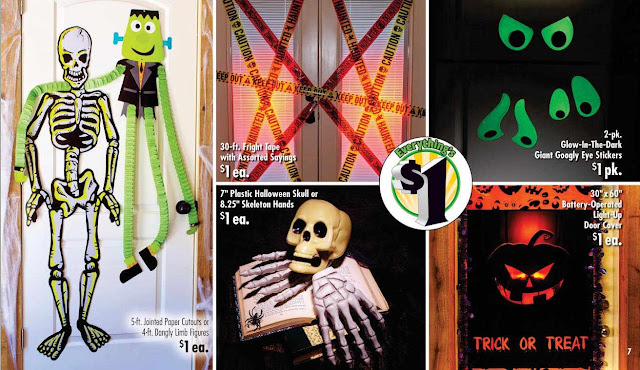 Those glow in the dark eyes are absolutely one of my favorite things ever. Target is selling them this year for something like six dollars a set. Ha. These glow really well.

Dollar Tree had the rats and birds die cut black paper cutouts this year, but no bats as in previous years. Boo.